In January in Seattle, queues formed around the block for the first glimpse inside Amazon’s latest retail offering – Amazon Go.

Luckily, I had a colleague in Seattle checkout what it looked like on launch day  to see what the future of retail (might) look like; overall impression was that it was remarkable at how unremarkable it was…

Inside, the atmosphere was  calm – erring on the “good side” of downright boring, in fact, given the ease of the experience.

Before entering, everyone is required to download the Amazon Go app, the digital counterpart to the physical shopping experience. Downloaded over a phone network on the walk to the store, the app provides a short animation on how to navigate Amazon Go, followed by a QR code to identify yourself at the entrance. For a digital-first company such as Amazon, it was curious to see the digital elements function largely as invisible enablers of the physical experience.

There is no interaction with the app required while you shop, and a fully itemised receipt appeared as a push notification upon departure several minutes after leaving.

There is a “Discover” section on the app, where you can browse products by category, but this is the extent of its intersection with the physical experience.

The store itself was small, reflective of the limited selection of products – largely a curated, premium selection of pre-prepared healthy fare, perfectly placed to meet the needs of time-poor Seattle office workers. Interesting to see how that can be scaled…. 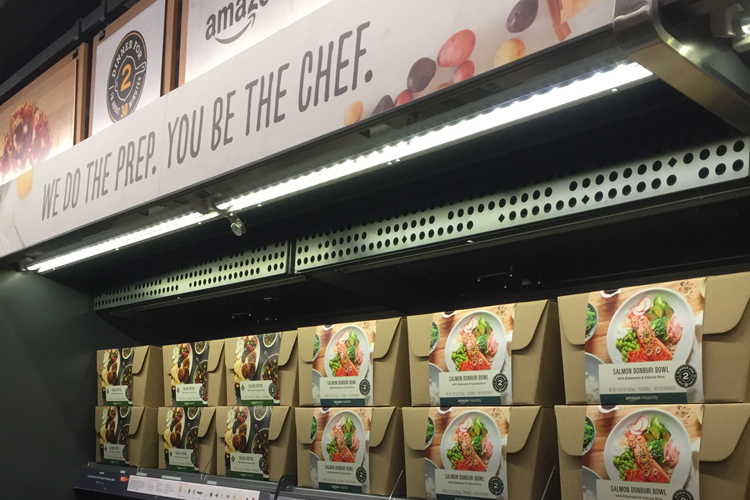 However, the limited space posed a problem for the few store employees tasked with re-stocking; the crates were unwieldy and large enough to block some of the shelves and were a noticeable inconvenience. This though may have been due to the anticipation of higher demand on the first day or the fact that amazon don’t ( YET) understand retail operations

Purchases are tracked by an impressive, dense array of cameras mounted on the ceiling that follow your journey around the store. While the cameras don’t use facial recognition, there were rumours that the original launch was delayed as the tech couldn’t distinguish between shoppers with similar body shapes  – suggesting there’s a certain level of personal, visual data that customers are handing over.

It seems likely they’ll be comfortable doing so, however, as it’s this “computer vision” which enables customers to ‘Just Walk Out’, without having to go through a traditional check-out.

It’s savvy too – despite various attempts by my colleague to fool the system, it was able to correctly identify who should pay for what.

This was the case when comparing products as well; while in the store, I tested it by continually picking up and replacing two different products and was pleasantly surprised to find my final choice was indeed the one on my receipt.

Known online for its relevant and contextual suggestions, Amazon’s Go has rudimentarily translated this digital capability into the offline world with signs in the wine section with suggestions based on your previous purchases (“If you bought X, you’ll like Y”). 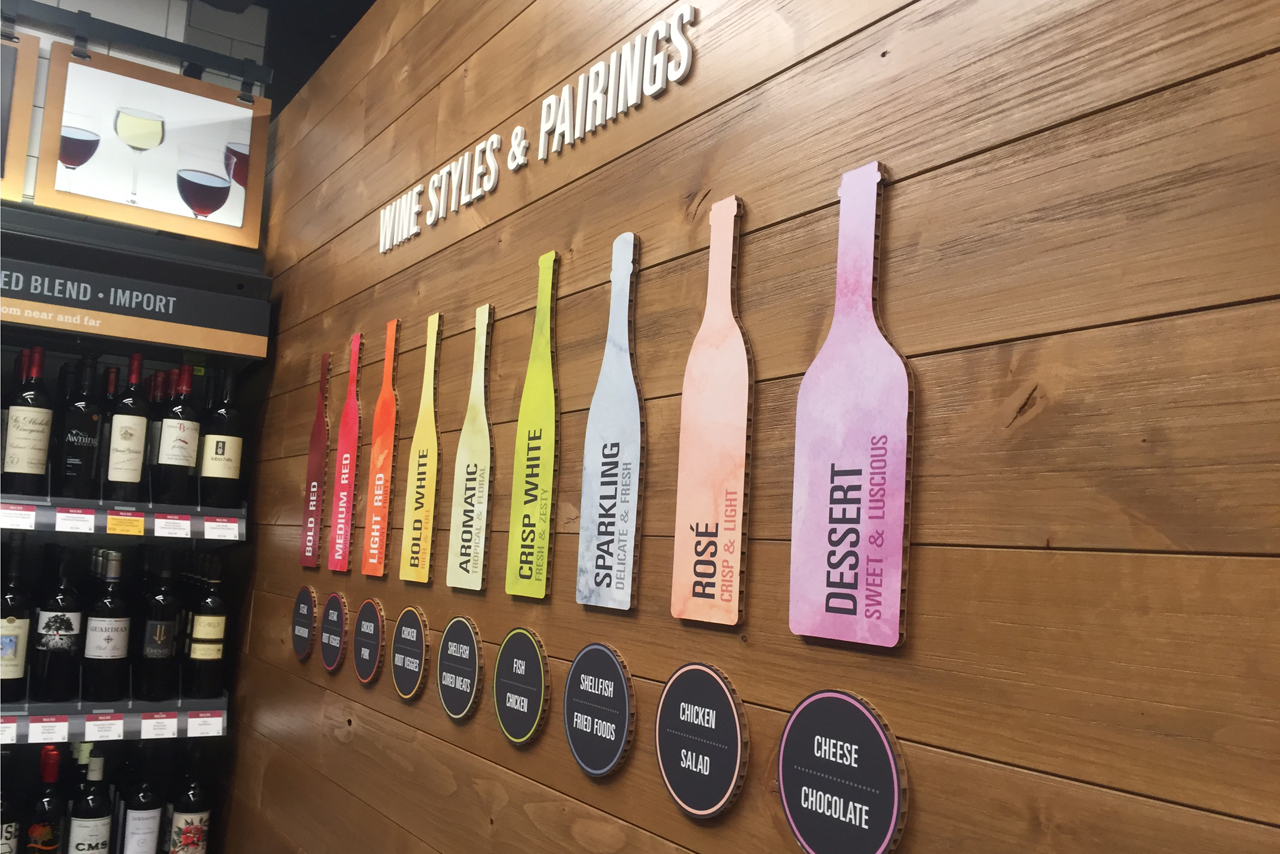 It’s easy to see how they could quickly expand this using their wider digital infrastructure, perhaps with decisions or indecisions in Amazon Go showing up on Amazon next time you log into your account.

The “computer vision” element of the cameras is another indication of how Amazon could potentially layer this real-world data onto the digital profiles of customers. In the near future, we’ll see the computers in these cameras not just process information but also react to the world around them.

With facial recognition software in a retail context approaching, it’s not a stretch to imagine that soon these cameras could react to our disappointment at limited stock, for example, and serve us a prompt to purchase the missing item through Amazon Fresh.

It feels unquestionably odd to simply walk out with the items you’ve picked up – it truly felt like shoplifting.

Once outside though, this feeling swiftly fades into the realisation that this store has undoubtedly set a new bar for consumer expectations at retail.

As we now jump out of Lyfts and Ubers without paying, or giving it a second thought, it’s quite easy to see this retail model becoming the norm as well.

Amazon Go is certainly a glimpse into the future of retail, and the focus on eliminating queues does not do justice to the scope of change this store could usher in.

More than convenience, the store has fundamentally altered the emotional experience of shopping. For retail incumbents, it’s a look at a new way of doing things – and they’ll have to quickly decide whether their service should adapt, or remain differentiated to survive.

One thought on “Amazon Go-Go”