Jeff Bezos has been writing a letter to shareholders since 1997 and looking at all if them gives an insight to the organisation and a masterclass in leadership. This is a series of short blogs  that gives you a snap shot / key takes outs of each letter, along with links to them all.

“We first measure ourselves in terms of the metrics most indicative of our market leadership: customer and revenue growth, the degree to which our customers continue to purchase from us on a repeat basis, and the strength of our brand. We have invested and will continue to invest aggressively to expand and leverage our customer base, brand, and infrastructure as we move to establish an enduring franchise. Because of our emphasis on the long term, we may make decisions and weigh tradeoffs differently than some companies.” 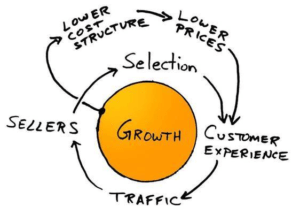 links to all letters

One thought on “bring on shareholders who align with your values”